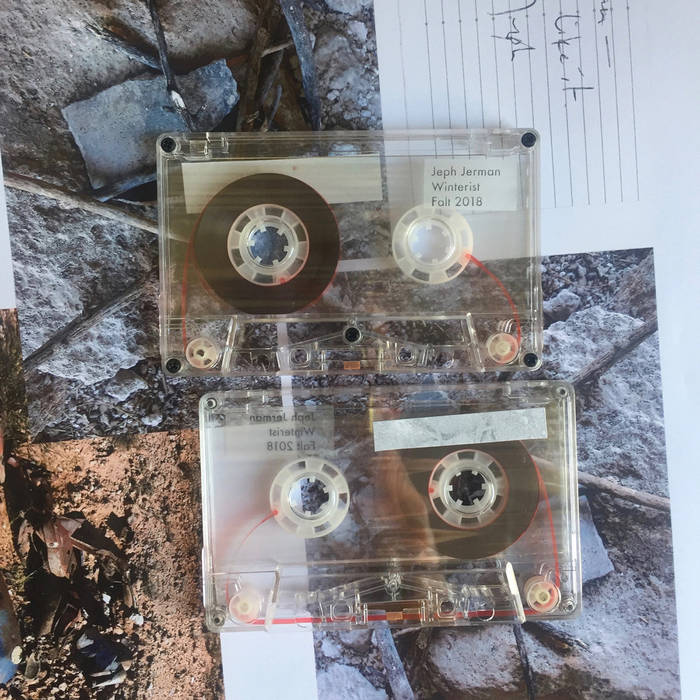 (sketches for a text about 'Winterist' made while dubbing the tapes)

-hear hands working, arranging and re-arranging various objects, hear the making of the sound and at the same time the piece of music they fabricate.

-this is not a live recording, but a living record, the rare manipulations and cuts which are made afterwards are signs of choice and collection.

-crosswords of sounds embedded in an overall active tape-hiss, these recordings are also signs of the time passing and the world being listened to. they start abrupt and sharp and that is how they stop. no fade out and no compositional tool, like stepping into the sun.

-i imagine jeph jerman going around, collecting sound samples, but not like other field-recordists with the help of small portable recording devices, but like a collector who gathers object after object on a treasure hunt and brings them together in another setting.

-a collector who collects material, as form and as function but not as files. turn the stones, hear what they can tell you, clean the volcanos (millions of years silent), pay attention to the sunset and keep your sounds next to you.

-both sides of the tape are ever-changing, loud and abrupt, yet constant and calm, it depends on how you listen and on which layer you decide to focus your attention on.