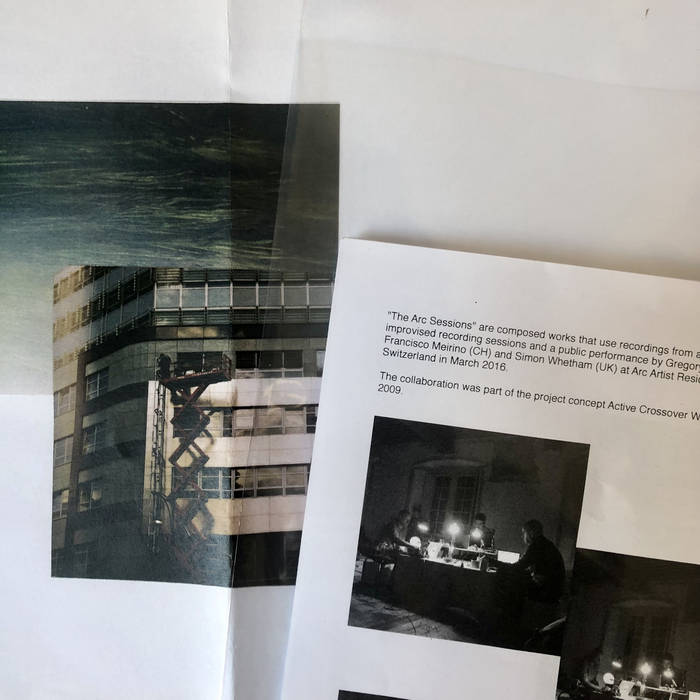 The organisation kindly enabled him to invite special guests Francisco Meirino (CH) and Gregory Büttner (DE) for the three to work together and make a public performance, as part of his ongoing Active Crossover project concept.

Over a week the three made improvised sessions in the unique setting of a large studio space of the medieval building, using multiple speakers, mechanical devices, found objects and the space itself as tools to be used and abused.

The three subsequently divided all recordings of the sessions, using them as material to craft the pieces that form "The Arc Sessions".

Collages for the tape wrappers are made by Francisco Meirino.